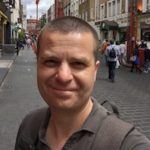 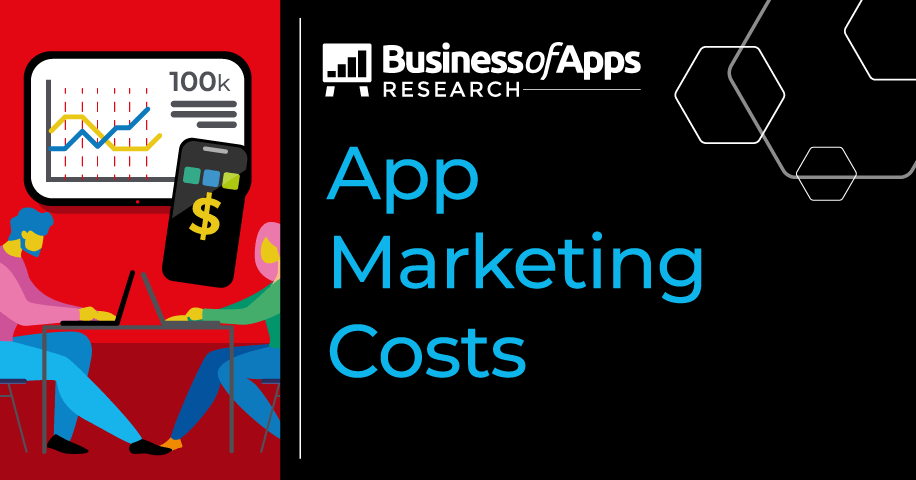 Today’s app store landscape is totally dominated by the famous duopoly – Google’s Play Store marketplace and Apple’s App Store. With the total number of mobile apps recently passing 5.5 million and, at the same time, mobile users using only a handful of apps regularly, competition among apps continues to grow rapidly and with no signs of slowing down. In this environment, no wonder that app marketing costs constitute a bulk of a brand’s marketing expenses, and many indie app developers struggle to get their apps discovered on the app stores, let alone get them connected with loyal mobile users.

On the big brands’ side of the app marketing equation, the challenges are both to reach and retain app users on the scale. On top of these challenges, there is a heat competition for people’s attention – multiple studies have shown that on average, on a daily basis, people use just a handful of mobile apps, and to break through to that small circle is a marketing feat on of itself.

If you need a quick glimpse into what app marketing cost components look like, use the following key data points list for reference.

Let’s look at the trajectory of app marketers’ spending in recent years. Any app marketing campaign budget has several components and the most significant of those is expenses on paid user acquisition, specifically – the app install ads.

In February 2020 AppsFlyer published a white paper that summed up the data for the app install spend in 2019 and projected for the 2019-2022 period. Obviously, the data was compiled before the COVID pandemic hit the world in March 2020 and wracked havoc in the world economy but still it gives us the general curve of how much money was spent and was projected to be spent in recent years.

Throughout the period, the bulk of the app install ad spend is presented by Asia-Pacific region countries, where China, India, Japan, and Indonesia are setting the tone. In 2019 the total spending in that region was $29.9 billion and this year it’s projected to reach $61.1 billion.

Next up is the general picture of what kind of app marketing activities marketers need to allocate and spend their budget on. On the following graph you can see a big picture of what an app marketing plan consists of. As time goes by, new app marketing channels pop up but the overall approach to how market  mobile app efficiently remains the same. It starts with the pre-launch phase that involves marketing before the app’s release, once the app is launched, multiple app marketing tools are involved to reach out the app’s audience and ideally reach the top ranks and finally the third stage that is all about sustaining the app’s growth and growing its user base. The Pre-Launch components are market research that needs to be conducted before any steps are taken, beta testing, to make sure a mobile app is ready for launch, and possible bugs that won’t create a blowback once it’s launched on an app store. As well as App Store Optimization to make sure an app will be found by its potential users and appeal to them enough to be downloaded and actually used afterward.

Media coverage with various publications, being covered by Influencers and various actions to tap into viral marketing are also important at this pre-market stage. It’s important to create anticipation, and awareness of the app before it hits the market so people know when to go to app stores to download an app right after it was released.

In addition, all marketing assets such as a website, Social Media accounts, and any graphics associated with it need to be ready to create a cohesive look for an app across all marketing channels app users will be discovering the app.

Because a mobile app is a product like any other that needs to meet certain people’s needs, any app marketing starts with a market research to define the market and if there are needs that the app will meet. Such research on average may cost between $5,000 and $15,000.

To ensure that an app is ready to be released on a market and serves its users well, it needs to be tested. According to one research such beta testing, conducted before an app’s release, may cause up to $5,000. There are also a number of beta testing services that offer an online subscription for their services, with a pricing range based on the number of beta testers involved.

ASO or App Store Optimization is a process of tuning a mobile app’s marketing copy – keywords, title, description, screenshots, icon to improve its chances to be found on an app store by its potential users. To do ASO for an app brands and indie developers may either perform it in-house if a proper expertise is in place, use online tools or hire an app marketing agency to take care of it. An average price for ASO tool ranges from $25..$,1,500 / month, depending on keywords volume analyzed and specific features. To hire an app marketing agency to carry on an App Store Optimization, brands or app developers would need to pay for ASO service as a part of an app marketing package that may costs north of $1,000 and up to $25,000 per app.

One of the app marketing techniques that is well established is PR outreach and pitching an app to online publications via a press release or direct communication. This technique is time consuming and requires having established relationships with media to increase chances of an app to be actually covered. On average a PR agency would charge an app developer or a brand $100 – 300 / hour for media outreach.

Tapping into the power of Influencer Marketing is one of the recent trends for many industries and app industry is one of them. Essentially influencers are capable to deliver for brands and app developers what previously was available only with celebrities – an endorsement. An Influencer Marketing platform may cost to a brand $10,000 and up for a campaign to connect an app with its audience. An Influencer Marketing agency management fees may reach $10k – $18k a month and so, obviously, both options aren’t on the table for an indie developer and only big brands can allocate certain amount of an app marketing budget for such kind of marketing.

Ironically Viral Marketing shouldn’t involve any costs by definition but still – some app brands may try to ignite it by launching TikTok / Instagam /Snapchat / YouTube paid ad campaigns to spread the message about an app and finally get it viral with no extra expenses down the road. In this case, marketing budget for such viral popularity inducing paid ad campaign may vary significantly.

Any mobile app, regardless of app category and complexity, requires creating an online presence in a form of a website and social media channels on all of some of the top platforms such as TikTok, Instgram, YouTube, Snapchat, Facebook, Twitter, Pinterest. App developers and brands have two choices – either hire a web design studio to create a website and in this case it would cost around $5,000 –  $25,000 or use online website builder from such company as Squarespace that charges $18 a month and up for a business website or Wix that charges $12.5 a month for a business website. Even though social media accounts creation itself is free but the graphics for each should be developed professionally to ensure visual consistency for an app’s brand online.

Once a mobile app is ready to be launched, two app marketing costs will be dominating the balance sheet – CPI, aka Cost-Per-Install and CPA, aka Cost-Per-Action. Both brands and indie app developers will need to spend big portion of their app marketing budget to acquire users for their app and even more to get them perform a specific action(s) that is expected – register an account, make an in-app purchase, subscribe to a service or make a reservation.

Despite the rise of such powerful app install platform as TikTok Ads, Facebook Ads is stil number one when it comes to driving mobile app installs. Last April, the time when Apple finally released its ATT framework that caused significant drop of the FB Ads platform, the CPI rates skyrocketed to more than $5 per mobile app install. In May it shot up even more significant to $7. With an exception in October of 2021, since Facebook Cost Per Install rates have been dropping down dramatically. As of April, 2022, a single app install driven by Facebook Ads costs only $1.3

The other crucial app marketing cost, that is essential to measure for running an effect app marketing campaign , actually trumps Cost-Per-Install in its significance because it covers the most important aspect of an app marketing – specific action that app marketers expect mobile users to take. Getting mobile users to install is only the first step in a mobile app life cycle, for a mobile app to be profitable app marketers need to get their app users to take an action that the app suggests, such as registration, placing a reservation, making in-app purchase, buying a physical product or service, subscribing to a service on a recurrent fashion. Apart from an app install, the cheapest action achieve is registration that costs $3.6 for iOS and $2.2 for Android, the most popular monetization mechanism – in-app purchase costs marketers to achieve $77.5 on iOS and $86.7 on Android. In contrast with previous years when subscription was the most expensive action app marketers had to pay for, now it costs only $33 for iOS and  $46 for Android apps. Curiously the price that app marketers pay for app users to purchase via app is almost identical to the in-app purchase one.

One of the most effective and widely adopted mobile app marketing tools are Push Notifications platforms that allow app marketers to communicate with their apps user base to keep their loyalty, address their concerns, pick up any improvements they may suggest for the app, and avoid them churning away, which is the awful problem they need to deal with. Depending on the number of subscribers that the specific plan supports, as well as extra features and API access, the pricing for Push Notification services may lay within $30 – $250 / month.

Summing up all kinds of app marketing expenses mentioned above, we may come up with a figure of at least $10k that is necessary to plan an app go-to marketing strategy. Because the app industry is extremely crowded, talking about doing app marketing for free does not make any sense anymore, regardless of the industry and the app’s purpose. Because the ultimate competition that app marketers are in is about people’s time and attention, it’s become paramount to allocate the app marketing budget to marketing channels that are capable to deliver the message to potential app users when it’s appropriate and when they are receptive to this message. Doing otherwise would be simply wasting an app marketing budget.