As a high-growth super app, ad fraud was impacting Rappi’s businesses in a variety of ways so they needed a comprehensive solution. After evaluating multiple vendors, TrafficGuard’s real-time fraud prevention stood out as the most suitable solution for Rappi’s needs.

Since using TrafficGuard, Rappi has observed a 25% increase in return on ad spend (ROAS) and has been able to optimize campaigns faster for higher quality app users.

TrafficGuard’s Solution – Fraud prevention as a tool for growth

With aggressive growth targets, Rappi needed both protection and scale. After evaluating multiple vendors, TrafficGuard’s real-time fraud prevention stood out as the most suitable solution for Rappi’s needs.

“As a high growth company, we need to be sure we have accurate and clean traffic in order to keep growing and pushing scale. We were looking for a solution that could help us save time and prevent fraud in a truly automated way”, said Rappi’s Growth Lead, Gabriel Sampaio.

“What we had before TrafficGuard was measurement. And that’s kind of useless because it limits optimisation and also meant that the more sources you have, the more time consuming fraud management would be. We wanted prevention.”

“ROAS increased 25% with TrafficGuard. By having cleaner traffic, we could find reliable sources and allocate budget better, putting money where it is really bringing results.” said Sampaio.

Rappi is the biggest on-demand delivery app in Latin America. With services spanning everything from food deliveries to payments, Rappi is a super-app in the truest sense of the word. With a valuation exceeding $2 billion, Rappi is on an aggressive growth trajectory driven in part by a substantial digital advertising investment across 100 cities in its 7 geographic markets.

TrafficGuard has been in development since 2016. The company has quickly established itself as a fraud-prevention powerhouse protecting ad spend of high-growth tech unicorns including Asia’s GO-JEK and LATAM super-app Rappi. TrafficGuard has offices in the United States, Australia, Brazil, Croatia, and Singapore. Why machine learning should be part of your ad fraud defence 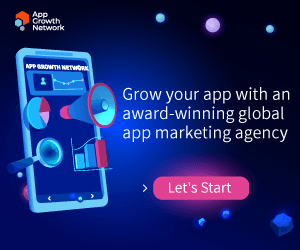