Hello! We are Äppska! The young and daring performance-marketing agency. A Pro Team with Programmatic Ad Platform will provide you with 500,000 paid events from all major traffic sources worldwide monthly.

Today we want to introduce you to our successful cases. Our goal is not just to fulfill the client’s requirements, but to blow up all metrics and bring them to the cosmic level. It sounds self-confident, but believe us, none of our competitors will try so hard to get the highest result.

So, let’s get started!

Average number of deposits per day in November-December 2021: 250-300, 800 on peaks (peaks occur during popular sports events)

Then the advertiser changed the attribution system from Adjust to AppsFlyer. It was assumed that switching to AppsFlyer would reduce conversion. However, we quickly reconfigured the traffic sources. This made it possible to avoid drawdown.

In addition, the work was complicated by the fact that Fonbet sent us a list of prohibited sources that it didn’t accept for one reason or another. Nevertheless, we increased the traffic volumes on the sources we had at our disposal. We also set a competitive rate, which allowed us to attract more sources and give them the opportunity to scale.

Finally, we constantly made sure that there was no fraud.

At first, after switching to AppsFlyer, the indicators decreased, but from September they gradually began to grow and grew very really by mid-October.

In October we had 2021 deposits, and in November the volume grew to 6141 deposits.

Since we gave large volumes, the advertiser increased our CAP. In September, when the advertiser just switched to AppsFlyer, our CAP was 1000 (as a test). In October, the CAP was already 5000. The indicators were getting better and better, so in November we were given a CAP of 7500 deposits (now we are negotiating to increase the CAP to 10000). Number of Installs from June to November 2021 Average number of deposits per day in November-December 2021: 100 applications per day, 30 loans per day

Digido is a state-licensed and fully automated online lender.

In August 2021, there was a rebranding — the application changed its name: Robocash became Digido.

Since September, the figures began to grow significantly. This was because we increased payments to advertising networks for targeted actions reducing our profits — they became more interesting to work with and our traffic volumes increased. As a result, we have significantly scaled up. When the advertiser began to receive large volumes of high-quality traffic, it was possible to negotiate on more favorable terms with him.

What helped us to succeed:

We started working with Juanhand in the middle of July 2021 and the average first time loans were no more than 100 per day. After a few weeks and thorough analysis were determined how we can double and eventually triple the current performance.

First of all, we were working via the CPL model, so the following step was to switch to CPS, as it will allow us to track user behavior and optimize traffic in accordance with the client’s business needs. Secondly, the higher payout for the CPS model helped us to involve more sources to cooperate.

From the get-go we reached 300 first time loans, with a peak of 790 events in the middle of August. In the image below you can see the boost in first time loans during August.

We have been working with MoneyMan ES since September 2021. The feature is quite a long evaluation process. From the start, the total monthly cap was given as 300 applications. Due to that, we could not scale further to match advertisers business needs.

Though we were reaching the cap every month in the middle of it, we had a chance to prove the quality and after advertiser’s traffic analysis, starting from January the iOS app was added and the cap was increased to 4,000 applications which we confidently started reaching. The average applications daily during that period were 100, with a peak of 120. Appska drives high-quality In-App traffic from dozens of sources in such verticals as Games, E-Comm, iGaming, Betting, Dating, Finance, Binary, Services. Models of work — CPA, CPI, and Revshare payment models. They have clients all over the world. They know all the angles of user acquisition. Their team bets heavily on strategy, planning, and analytics. Just focus on building your product, as traffic is their business! These are the guys who will change the advertising market! Is affiliate marketing a pyramid scheme? 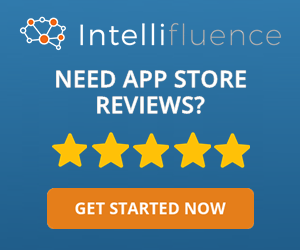