It’s been a tough year for the mobile games market, with revenue for Q1 and Q2 2022 down compared to the same period last year. This is the result of a number of different factors, ranging from a tough economic market fuelled by COVID and the cost of living crisis to inflation and IDFA changes.

Apple’s Tracking Transparency policies (ATT), which were introduced in April 2021 and required app and mobile game developers to seek permission from users for their tracking info, have also contributed to a fall in revenue. With many mobile game studios unable to access the same levels of tracking data they rely on for user acquisition and revenue from in-game purchases, iOS revenue fell by 35% between April 2021 and February 2022.

How have mobile game studios responded to falling revenue? By doing what they do best: being creative and adapting. In this case, that means shifting their efforts to leveraging IP from well-known franchises to attract new players and grow their revenue, according to Newzoo’s report on IP-based mobile games.

Out of all the mobile games released in 2021 that made it into the top-100 download chart, Soccer Super Star is the only one not based on an existing franchise (excluding hypercasual games). This demonstrates the overwhelming demand for IP-based mobile games and proves that the mobile game market is full of opportunities for IP holders and licensors.

With that in mind, we wanted to summarise this latest report and explain some key findings that app developers will find interesting.

Before we dive into the findings from the report, it’s important to highlight that it only focuses on IP-based mobile games rather than the hundreds of IP-based limited-time collaborations and events that take place in mobile games every month, and the analysis excludes hypercasual games, which naturally attract high downloads. That said, it clearly shows that leveraging strong IP is one of the easiest ways that mobile game developers can boost their user acquisition.

Harry Potter is just one example of a major franchise that’s proven a huge hit with mobile players. Harry Potter: Magic Awakened was the ninth most-downloaded game in 2021, according to NewZoo, with Harry Potter app titles attracting over $1 billion in combined player spending. More impressive is that Harry Potter: Magic Awakened is only available in China, Taiwan, Hong Kong and Macau. 91% of its revenue comes from China alone, according to Newzoo, highlighting the popularity of Western IP overseas.

The report also asked big, small, and average spenders (players who spend between $5–$25 per month on mobile games) to select the biggest motivations for downloading a new mobile game. Gameplay was a high motivational factor across all three spending demographics, but big spenders rate a game’s good storyline, setting and theme as being the biggest motivational factor for downloading a new game (22%), in comparison to 18% of medium spenders and 18% of small spenders.

While hypercasual games often appear in the top-100 chart, we know that they don’t tend to focus on strong storylines, settings or themes. And as a recent report from Sensor Tower has found that 60% of global player spending in mobile games comes from mid-core games, we suspect that we’ll see plenty more IP-based mobile games popping up in the mid-core market in the future.

While Western IPs such as Harry Potter, Disney, Marvel and Cartoon Network attract more downloads globally, Eastern IPs generally perform better in terms of revenue. Marvel, Cartoon Network and Disney were the three most popular mobile game franchises by download in 2021, while Uma Musume: Pretty Derby, Marvel and Romance of the Three Kingdoms were the three most-successful franchises by revenue in 2021. And while all ten of the most downloaded franchises were Western, only five Western franchises made it into a top-10 position for global revenue.

As for why certain Western franchises are finding success in Japan and China over others, a lot of this is down to localisation efforts and having the motivational drivers of the target market’s player in mind when these games are being developed from the ground up. As an example, Disney’s top-performing mobile games by revenue, Disney: Twisted Wonderland and LINE: Disney Tsum Tsum, are monetised around gacha mechanics, which are more popular in Japan.

It’s important to note that localisation doesn’t just mean localising a game in the literal sense of translating it for a different market. Developers may and often do make stylistic changes to a game’s art style and characters so it’s more appealing to a new market, especially if the game is launched under a new name (which often happens in China due to the country’s strict game publishing laws).

While the name stayed the same, many of the characters in Mobile Legends: Bang Bang were reskinned in new designs for the game’s release in China; Newzoo highlights ‘market fit’ as one of the key factors determining the success of IP-based mobile games.

Speaking of market fit, app and game developers should always consider preferred playing styles and game genres if they’re considering working with an IP. Character-heavy games such as the two Disney titles mentioned above are a natural fit with gacha mechanics due to the various ways that characters can be monetised with new cosmetic designs, while Eastern audiences tend to be more interested in games with a rich narrative, such as Three Kingdoms, one of the most popular franchises in China based on historical literature.

Various factors contribute to the success of IP-based mobile games, which the Newzoo report splits into three main criteria. These are:

Market fit involves a lot of research, and app developers and mobile game publishers should work with experts with a wider knowledge of licensing to ensure any IP they’re interested in targeting is the right fit for their game and its audience.

Working with one of the major franchises may be out of your target budget, but there are plenty of franchises that aren’t as recognised as Disney or Marvel but still have global recognition. Just make sure there’s room in the market for the type of licensed app or mobile game you’re developing, and make sure the IP you want to partner with is the right fit for your target audience.

This is where gameplay mechanics come into play, too. Suppose you’re partnering with an IP on the basis of wanting to target younger audiences. In that case, developing a violent first-person shooter doesn’t make much sense, especially if you’re trying to push the game in Japan and China. Leveraging a good IP should provide you with a couple of options regarding gameplay mechanics, including meta elements of your game outside of the core experience.

Depending on the IP you’re licensing, there may be wider opportunities for collaboration with other media from that IP. As an example, if you’re launching a game or app with a well-known manga, has that manga been adapted into a TV series or movie? If so, when was the last release? Are there any upcoming releases or major anniversaries you can jump on? Always be aware of wider marketing opportunities.

There are various ways you can monetise your game or app, ranging from in-app purchases of cosmetic items to subscription-based plans such as battle passes that offer players and users additional content for a set payment every month.

In most cases, LiveOps calendars are one of the biggest opportunities that game and app developers have to monetise. Utilising IP in a limited-time event or collaboration as part of LiveOps is also an excellent way for existing games and apps to experiment with IPs before building a new game or app from scratch.

In the post-IFDA and ATT market, IP-based mobile games and IP collaborations are only going to get more popular. If you’re planning on incorporating an IP into your game, make sure you’ve considered how your game or collaboration meets all of the criteria above.

Once you’ve got an idea of what you can offer to rightsholders, you’ll need to compile all of this information together into a licensing proposal to get IP rights holders excited. You can find more information on how to make a good licensing proposal here, but if you’re still struggling to find the right IP match, you might need a helping hand with our licensing matchmaking platform. We’re more than happy to talk you through that, just get in touch. Rachit founded Layer after licensing a song from his now-defunct band into a NASCAR racing game and was struck by the legal complexities and opaque nature of the licensing process. Layer is an online intellectual property (IP) marketplace that enables game developers and publishers to connect and negotiate with the rights holders of a growing list of well-known brands. 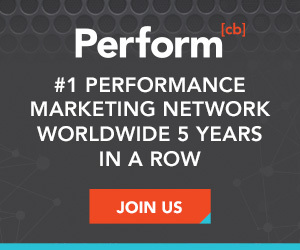