Partner Post - Arka Software Creating Next Big Thing for You Commitment Anxiety! A quite fancy but justifiable term for our hesitation to try new apps. Remember the times when you want to try a new app and you almost download it but then don’t? The reason could be anything; either it could be shrinking space in the phone memory or humongous size of app or game, or meteor shower. I mean it could be anything, if it is not instant, we simply don’t want it.

Hence, Google played a pretty nifty move. They launched a new service called, Google Play Instant – right into the feels! It lets users try an app or game without having to download it. How cool is that?

Look, if you don’t know about it yet, then don’t worry, there is a huge amount of people are not familiar with the concept. But in my opinion not only mobile app developers but also the consumer base should know about it. This fact itself forced me to write about it. So let’s dig deeper into this.

What is Google Play Instant?

The year was 2017, and it was Google I/O 2016 when Google introduced the concept of Google Play Instant for the first time and since then they have been talking about it in their I/O events.

Google Play Instant: available to all app and game developers

So basically, Google Play Instant allows users to experience the real app or game environment without downloading and installing it. It simply reimagines how we interact with our mobile apps for the first time. It is fast, simple, and somehow, cool too.

This feature can be enabled by a few slight, thanks to Google, tweaks during mobile app development, where developers can create small modules or partitions that could run instantly.

For users, all it takes is a tap on the “Try Now” button right next to the “Install” button.

So basically Google Play Instant is a solution to our Commitment Anxiety.

But is that it?

No, not really! Just for the moment, step out of this whole situation ponder upon the thought of what can we achieve with the apps that do not require downloading them?

Let me walk you through, imagine you need to pay at a parking meter, till now you will have to keep an app that allows you to pay at parking meter. But not anymore, with Google Play Instant, NFC enabled parking meter launches a small app after touching the app on the NFC sensor. This tiny little app lets you pay for your parking bills, and voila! The app is gone after the transaction. It won’t eat up the phone’s space and it won’t require you to wait for downloading the app.

Can you see it now, how solving one problem has enabled Google to explore the limitless potential of this technology?

The dependency on app download will drastically drop. People will download only those apps that are necessary. App development companies can promote their app better with more interactive demos. Not just apps, users can try huge mobile games without having to download them entirely. But how can you leverage this technology to increase customer engagement?

Let’s find out industry by industry.

The irony is, to reduce the queues, Kiosks were invented, and now there is a long queue in front of Kiosks as well. With Google Play Instant, you can access kiosks’ functions right from your smartphone.

And those who are not frequent travellers can simply tap on the “try now” button and choose to buy the travel package or book flight tickets without downloading the app.

An industry that thrives on offering experience convenience and luxury can benefit from Google Play Instant in uncountable ways. Nowadays, restaurants have started embedding wireless chargers in their tables. When someone takes out her smartphone and puts it on the table it starts charging.

By integrating NFC in the table a small instant app can be launched in the customer’s phone from which she can access the menu, customize dishes, and place an order. Quite an experience, isn’t it?

Searching for something classy to wear this weekend? Search it on Google and in Google search results, tap on the preferred link and it will immediately open an instant app. Select your favorite dress order it from the app and boom, the app is gone.

Can you see it now? How the world of apps is changing because of Google Play Instant? Because of these apps, we are focusing on the essentials only, keep what you really want.

But wait, is there something familiar with the concept of Google Play Instant?

Before you make any presumptions, let me make this thing really clear for you. The apps with Google Play Instant are fast, fluid, and deliver a nice experience when used. And there are some obvious drawbacks when it comes to these three qualities for web apps.

Apparently, we can say that Google Play Instant is a nicer, better, and smoother upgrade of web apps.

The Impact of Google Play Instant

In Google, I/O 2018, Prafull, Project Manager of Google Play Instant, claimed that about 87% of the entire mobile time is spent on apps, whereas only 13% on the web. He also said that half of the mobile phone users do not install any app in any given month.

“App discovery is hard,” added Prafull. He said the process of app discovery is filled with friction, questions, and concerns. Now, these many psychological processes are going on when someone is trying to decider to download a new app or game.

This is where the commitment anxiety creeps in.

With Google Play Instant, Prafull stated, apps can experience up to 19% in additional install.

Not only install uplift, but Google Play Instant is also responsible for conversion rate by 27% increase for Wego and 20% increase for Hollar apps.

The facts are ascertaining the positive impact on Google Play Instant.

Looking at the facts, Google Play Instant is not yet another futile experiment of Google that is on the path of the inevitable end. This tech is here to stay and transform the way we use our mobile apps.

The best part is, even though, it is quite innovative, it doesn’t require mobile app developers to put too many efforts enabling it. Google has made it easy for them too. With a slight change in their mobile app development, they can make their app “Google Play Instant – ready”. Yeah, I know, this is not catchy term. But we will work on it.

At ARKA Softwares, our experienced android developers deliver all inclusive app development services for powerful and efficient mobile apps that drive business while minimizing common and complex market challenges. You can reach them at the following email.

Arka Softwares is an ISO 9001:2015 certified and industry-leading web and mobile development solution provider company with 100+ passionate developers and designers, based in Jaipur, India, having offices in, USA, UK, and Australia. We have been helping our consumer-oriented clients to drive business with our innovation-driven and contemporary web and mobile app solutions since our establishment in 2010. 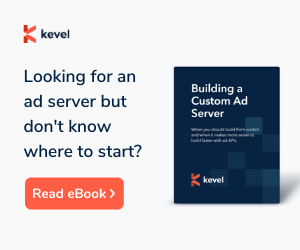