Compared with 2021, the global mobile game markets experienced various degrees of decline this year. However, the Q3 mobile game marketing reports recently released by SocialPeta and OpenMediation suggest that the markets have been “recovering and even growing” in Q3.

In terms of global mobile game advertising, the number of creatives released between January and July this year was on a rising curve, with over 8 million creatives released in July. Q3 reported a total of over 36,000 mobile game advertisers, up 16.6% YoY. The number of monthly active advertisers was on a rising curve to reach over 22,000.

IAP started to recover from Q2, but still less than the same quarter last year. Mobile game revenue didn’t look good in the past year, dropping during 2021 Q4 – 2022 Q1 and slowly recovering during 2022 Q2-Q3.

In general, the revenue of most game genres is getting stabilized. Among hot game genres, only Adventure and Card games achieved quick revenue growth, up 8% (the highest among all genres) QoQ in 2022 Q3. However, their total revenue is not very big, and the revenue of the two genres combined only accounted for 13% of the revenue of all game genres.

RPG, Simulation, and Casual games tended to have a steady revenue with a growth of less than 5%.

In terms of future development, all mobile game genres are doing great. The user bases of “high-market-share and steadily growing” old Action and Casual games are growing.

North America: Puzzle games are making profits at a growth rate of 4% in Q3

According to Statista, the Internet penetration rate in the USA has reached 91% last year, meaning that only less than 10% of its population doesn’t have access to the Internet and that the competition in the existing market would be fierce.

For instance, the competition in advertising has been quite intense. In Q3, only 9% of advertisers didn’t release new creatives as they have to keep a high update speed of creatives to maintain their acquired positions in North America.

Among active advertisers in North America, Puzzle is the genre with the most active creatives, up 2.78% QoQ in 2022 Q3. This game genre has always been the second largest sub-market in advertising, and the market performance suggests that the potential in some traditional tracks remains viable though it’s not easy to have growth in the “overall downward trend” of the market in the whole.

In North America, [Candy Crush Saga], [Homescapes], and [Fishdom] are some evergreen products. Through constant iterations and operational events, these games managed to increase the stickiness of paying users and thus contributing to the 4% quarterly growth rate of the entire game genre’s profitability in Q3.

Puzzle games, by nature, have an intrinsic affinity to users, and their huge player base has driven the IAP to grow in Q3.

In addition, North America is a region with both developed markets and blue ocean markets. The competition in the USA market may be excessively fierce for new developers who may switch their focus to the Mexican market as it still has a certain level of traffic advantage (its DAU accounts for 21% of that in North America) and is not yet in the phase of explosive growth.

The Southeast Asia market has maintained rather steady growth despite the “slowing down” in other countries/regions around the world, and emerged as an uncommon “growing market”

DAU of all game genres in Southeast Asia has seen growth in Q3. Owing to the quick user acquisition of [Save the Dodge], the DAU of Puzzle games rose by 45% YoY and 20% QoQ.

The in-game revenue and ARPU of Casino games grew by 13% and 37% YoY respectively in Q3. Popular games such as [JinJinJin], [Slotomania™ Slots Casino Games], and [Jackpot World™] have been developing rapidly in Southeast Asia.

The complete report also contains an analysis of the general trends of downloads and revenues of Strategy, RPG, Simulation, and Casual games in detail, also with the marketing highlights of popular products and advertising market analysis of more popular regions. The full edition is nearly 100 pages.

Click here to unload it free and find out more latest news in the industry. 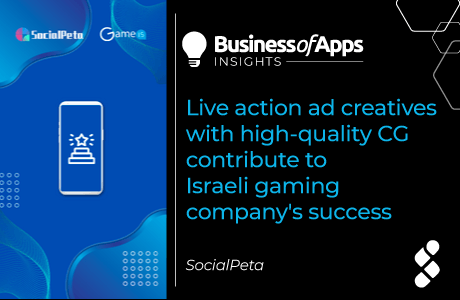