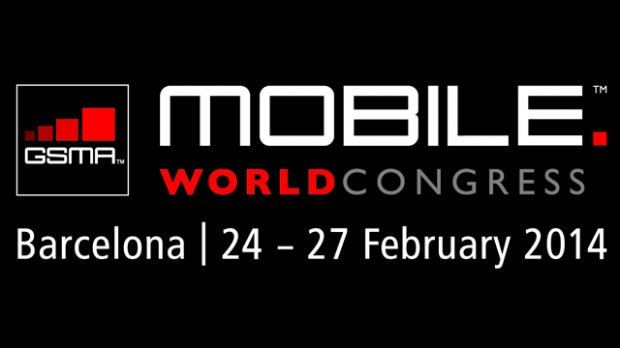 Mobile World Congress has moved way beyond its origins as a place for mobile networking equipment vendors and handset companies to meet with mobile operators. These days it’s also a big meeting point for the various companies in the app ecosystem including the mobile advertising and app marketing networks.  The hall with the biggest buzz is really App Planet where the majority of mobile ad company exhibition stands are located.  Just walking around here you can really take the pulse of the industry and see who’s hot, who’s not and what the trends in the marketplace are.  You can check out our review of mobile advertising and app marketing trends at Mobile World Congress 2013 here.
This year a few things were apparent:

As usual, we managed to take a few pictures of all the mobile advertising and app marketing related companies booths we could find and here’s a few notes on each. Hopefully this helps give a flavour of everything going on at this year’s mobile world congress for those who couldn’t make it.

Here’s the full list of 49 (count them!) mobile ad companies we found at Mobile World Congress – at least those with stands … special mention to the guys at Jampp who put on a great dinner which we were lucky enough to attend.  Here’s the list:

Ad4Screen
The Ad4Screen guys had a big booth this year and were showing off a lot of cool products including their engagement and retargeting solutions which are looking pretty exciting.  Nice to see these stands with all the new products and so on being shown off and displayed instead of just a logo or something.

Inmobi
InMobi had a bunch of new innovations this year including App Publish which distributes your app across a number of independent app-stores and App Galleries which is an app offer wall type of ad unit.  They are also pushing their new analytics services.  Definitely a big leap forward on last year in terms of product and again they had the maybe biggest stand in App Planet.  They were also launching Peggy Anne Salz’s latest book Apponomics

Millennial Media
The same big stand as last year – Millenial Media was out in force with the premium ad network offering.  Didn’t get a chance to talk and find out what the new CEO has in store but I guess we’ll find out next year …

Distimo
App Analytics company Distimo was showing off their new branding with looks really good it has to be said.  @bookmeister and @catchthepidge were working hard as always talking to developers and publishers about their appstore stats and analtyics.

Fiksu
Fiksu still in attendance with their incentivised app discovery platform FreemyApps taking up a bigger part of the stand this year, apparently its the no.1 app discovery app in North America … Great talking to a couple of the team and hearing all the news.

LeadBolt
Our friends at Leadbolt were showing off all their latest ad units and doing lots of business – great to catch up with Marc Carr and hear all about it.

Appsfire
Appsfire were showing off their new native ad units and great to catch up on the news with Ayala and I hope we can get her to speak at the next App Promotion Summit!

Matomy
Matomy have just announced their IPO and are going great guns – here they were showing off all their various mobile advertising and app marketing solutions.  A shame not to see our friend Noga there but maybe next time.  Great to meet a few of the Matomy staff and understand more about this fast-growing company.

Airpush
Airpush had a massive presence this year – one of the biggest, if not, the biggest stands in App Planet with lots of schwag and so on and again hosted one of the bigger parties at the W Hotel.  They seem to be shrugging off the ban on notification ads by google pretty well with a load of new products and ad formats including a DSP service.

Mobile App Tracking
The team from HasOffers were out in force and great to talk to them both about Mobile App Tracking which is an amazing product in its own right but also the HasOffers platform which has been the basis for many successful mobile ad networks and affiliate networks.

MobPartner
Our friends at mobpartner were showing off their new ad widget and offering much needed coffee as usual.  They are growing fast in Asia now with a lot of momentum for their CPA based ad network.  Great to see Guillaume, Vianney, Cristina and all the team there in force.

Mobusi
Didn’t manage to speak to them although I dropped by to say hi to to Abraham who contacted us here regarding listing in the directory – they look like they have some interesting stuff going on.

Clicksmob
Great meeting with Rotem and Chen – Clicksmob is a performance marketing platform with sits in the intersection of mobile CPA and app marketing.  Very good technology and interesting company.  For some reason we don’t have our own picture of this booth so you’ll have to make do with the below which shows COO Chen talking to someone with blond spikey hair …

Smaato
Another one where we didn’t manage to get a photo of the booth but we did speak to the Chief Strategy Officer Ajitpal Pannu – very interesting conversation and more to follow on that.  Smaato have recently folded their DSP adsmobi back into Smaato and have a great position now as one of the leading mobile exchanges, particularly now that mopub is part of twitter.

MassiveImpact
MassiveImpact have a good reputation as a performance based media buying platform/ agency.  Didn’t manage to speak to them though.

MediaSwapp
Crazy name crazy company?  They are based in France and do app marketing stuff – friendly people and nice to see them again this year.

Minimob
minimob is one of the app focused ad networks – again didn’t speak to them and should have made the effort – next year!

AdMaxim
We’ve seen AdMaxim come past our radar and went to find out more … they are basically offering a premium DSP focused around bigger brands and including helping with rich media creative.  Interesting new spin on the model.

Adxperience
We didn’t manage to talk to them but they offer a mobile DSP service.

App Annie
The app analytics company were here – they must spend a lot on conferences as you can pretty much guarantee to see them at almost every mobile-related event.

AppLift
Last year AppLift were in a small stand as part of the Berlin pavillion/ contigent – this year they were at App Planet in force with lots of their growing team and their usual team of foxes.  Well done to Maurice for putting a great booth together!

AppGratis
App Gratis are still very much alive, despite being banned by Apple, apparently based on the millions of people who still have their app installed plus their new Android business. They had a big presence again at MWC 2014 (same booth as last year) – would have been nice to see a few new products and innovations from them but lets see …

AppNexus
One of the better online ad exchanges and already partnering with Millenial Media and Matomy to deliver mobile and app advertising services.  They also had their own stand here at MWC.

AppOptim
A new network on the scene appOptim have a social SDK that hooks into the various social networks including Whatsapp to help deliver viral app advertising alongside the conventional units.  Great to see them here at MWC and nice talking to Michael !

Juice Mobile
Juice Mobile is another Canadian ad network and was nice talking to CTO Jack.

Admobix
This is Neil from the mobile affiliate network admobix holding court at the stand – unfortunately he was too busy all the time to get a minute to grab him for a chat – hopefully next year Neil!

Appsflyer recently raised $7m and here they were with their app tracking and analytics service.

AppTurbo
Another app discovery service, AppTurbo have managed to avoid unwanted attention from Apple and appear to be thriving !

BuzzCity
One of the original mobile ad networks and apparently still going strong!

Criteo/ ADX
Online retargeting company Criteo recently acquired the app tracking service AD-X and they lead with this product at the show.

Kochava
One of the app tracking services out there – didn’t manage to catch up with them.

PubMatic
The online SSP  PubMatic were here showing they know mobile … they have been recruiting some people with mobile experience so that may well be true.

Supersonic Ads
They offer incentivised ads mainly for the mobile games market – similar to something like TapJoy and do lots of rich media and that kind of thing – again they’ve come past the radar so nice to talk to them and find out more about it.

Surikate
Surikate is one of a number of great french companies operating in mobile ads – they now seem to have hooked up in some way with a new brand Numbate – didn’t manage to get the low down on that yet.

Tapjoy
One of the more established app advertising companies and here they were with the usual bright red stand – they normally have nice pens and things to give away but I didn’t see any this year.

Urban Airship
The original engagement/ notifications specialists and here they were at mobile world congress.

So that’s it for another year.  All in all it looks like mobile advertising and app marketing at Mobile World Congress is in Rude Health!  If you think we’ve missed anyone out shout in the comments!

See all in Affiliate Networks >

Get the latest app industry news, analysis and insights